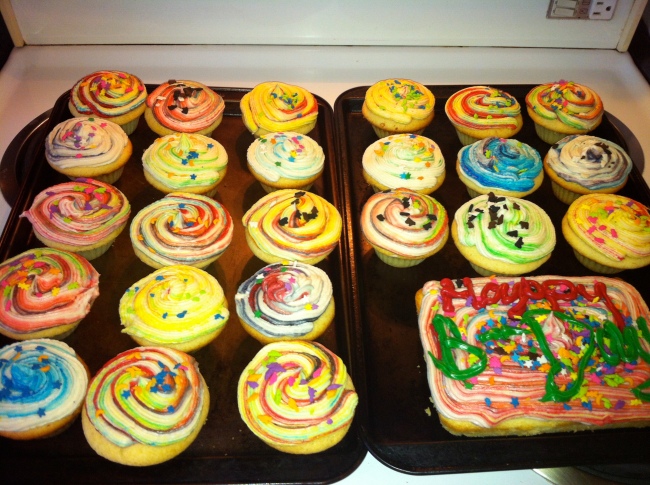 My son hates birthday cake. Vanilla, chocolate or marble, if it’s got flaming candles on top, he’s not having any of it. Don’t get me wrong, he loves cake. And cupcakes. And cookies. But throw on a birthday greeting and some blobs of melted wax and he’s out.

After a few wasted cakes that I’d end up eating alone, I decided he should maybe choose his own cake. Despite protestations that he didn’t want any cake, I managed to convince him that a party’s not a party without the traditional singing Happy Birthday and cutting into some sweet and sugary confection. He wandered around the bakery, carefully examining each cake before finally choosing a gussied up cherry cheesecake, dripping with FD & C Red No. 40.

We sang. He blew out the candles. We passed around the cake. He didn’t eat it.

And then he ‘fessed up: he wanted me to make the cake. So the following year I did. And the year after that. My two other kids have hopped on the bandwagon as well.  If it’s not a homemade birthday cake, they’re not interested. Now I do cakes: instant cakes, cookie cakes, ice-cream cakes. Sprinkle cakes, cakes with fun fonts, cupcake-cakes.

Expectations run high. Each cake has to be better, tastier, and grander than the one before.  I’m not sure how much longer I’ll be able to take the pressure. I’ve already warned them my repertoire’s nearly maxed out. But they don’t believe me. And on I bake….

Let them eat cake? Not my boys. They’re not interested. Unless it’s a homemade extravaganza the likes of which they’ve never seen before.  Next year I’ll be throwing a fistful of candles onto a cheese pizza. Let them eat pie. 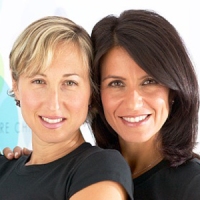